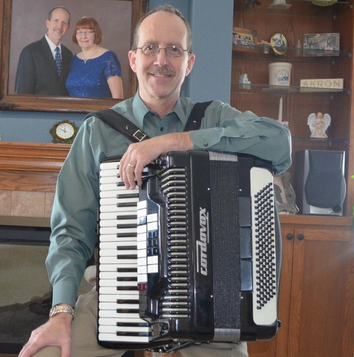 In 2003, longtime Le Mars accordionist Art Pahl, then dying from cancer, requested an accordion jam as his last wish. Since then, the festival annually attracts accordion players from around the Midwest to play at the memorial show dedicated in his honor.

Burt Heithold never set out to become an accordionist, even though he’s been playing the instrument for the past 50 years.

“No, I originally wanted to take up the organ,” the 59-year-old Wayne, NE, native remembered. “However, we could only afford a used accordion, instead.”

Despite the musical instrument’s prominence in Midwestern households during the first half of the 20th century, accordions – and accordionists – weren’t considered “cool” in the age of Elvis, Heithold said.

“When rock music took off, kids wanted to play guitars, not accordions.”

That didn’t deter Heithold from playing accordion when he was younger, nor has it kept him from jamming with fellow musicians today.

“It’s always good to be around other accordionists,” Heithold, who has performed at the Art Pahl accordion Fest five or six times, said. “We’re becoming fewer in numbers.”

Indeed, he is usually one of the younger musicians in attendance.

While he will be playing an acoustic accordion at the Art Pahl jam session, Heithold is better known for an electric accordion.

Yeah, you read that right. Heithold purchased a vintage Cordovox electric accordion in the mid-1970s.

Starting in the 1960s, electric accordions – which also required a tube amplifier and a tone generator – were marketed as a way to compete with the popularity of electric guitars.

“It didn’t work out too well, since Cordovox went out of business in the 1980s,” Heithold said.

Still, a quick performance of “Sweet Georgia Brown” proves an electric accordion produces a unique sound that is dramatic and moodier than the sound made by an acoustic accordion.

More than 20 years ago, Heithold was able to make extra money by playing accordion in area bands.

Even though he continues to lead the Burt Heithold Band – along with his cousin Dan Hansen and their friend Terry Durr – the market has become considerably smaller.

However, Heithold sees a bit of a silver lining.

“There was a stigma toward the accordion from people my age,” he said. “My friends didn’t like it because everybody’s parents and grandparents made us watch Lawrence Welk (on TV) with them.”

“Nowadays, my friends are warming up to the sound. It’s no longer being forced down anyone’s throat.”

Heithold, on the other hand, always enjoyed programs hosted by the “Champagne Music” maker.

“Not only do I have Lawrence Welk’s autograph, I also have the autograph of (Welk’s second-in-command) Myron Floren,” he said.

After all this time, Heithold is pleased he took up the accordion.

“I don’t like modern rock music because it comes across as sour and too angry,” he said.

That isn’t the case with music played on the accordion.

“Whatever song you play on an accordion sounds happy,” Heithold said. “I like playing music that puts a smile on a person’s face.” 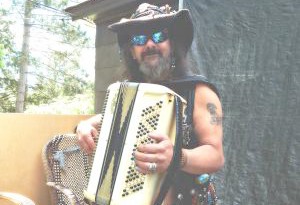 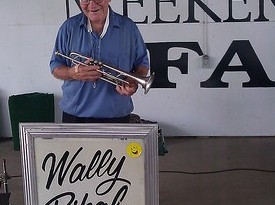 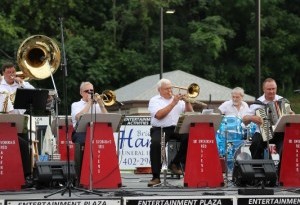