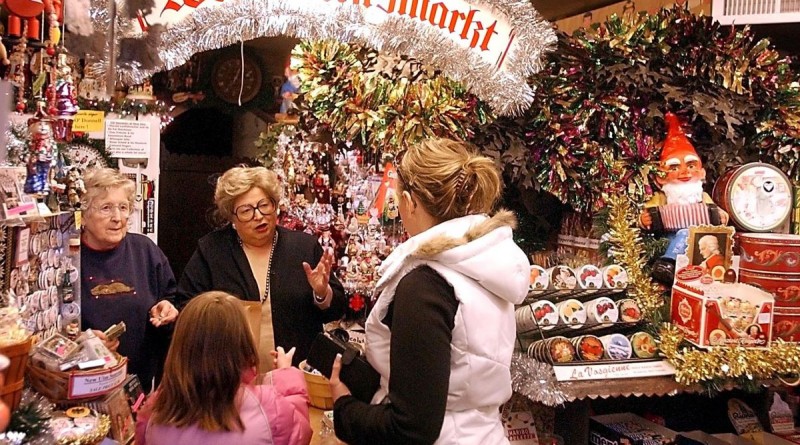 Her father was a polka-loving concertina player and leader of the Emil Domeier Dance Band.

She was the daughter of Agatha Domeier, who operated a corner grocery store in New Ulm, MN that later became one of the city’s top tourist attractions.

But Marlene Domeier was also a treu tochter of Germany itself, and a tireless advocate for preserving the German heritage of the Brown County town where she spent all of her 78 years.

“She was a very special person,” said Anne Morris, a niece who was working at Domeiers German Store on Minnesota Street in New Ulm. “She loved her customers, she loved her store, she loved her radio program. She had a big heart. She had the courage of a lion.”

Monday, Nov. 13, 2017, Domeier’s funeral and burial will be a commemoration of her life, her work, and her contributions, but it won’t be somber, Morris predicted.

“This family does not believe in sad funerals,” she said. “Other funerals we’ve had in the family have included live polka bands  . . . a concertina playing out at the cemetery.”

If so, Domeier’s time will end the way it began. As a young girl, she accompanied and assisted her father and his band on their dance gigs around southern Minnesota. She later joined her mother on multiple trips to Germany that triggered a business venture that dominated the rest of her life.

“(They) came back inspired to turn their corner grocery store into Domeiers German Store, an enchanted place filled with the foods, candies, music, and gifts that they found in the shops in Germany,” according to her obituary.

One of the elements they recreated was the tendency of German shopkeepers to make maximum use of limited space.

“This is again a reflection of the shops in Germany,” Morris said. “Every inch was occupied. And if we didn’t have an inch, we’d create an inch.”

For neighborhood kids, the store was a place where a handful of coins could be turned into a handful of candy. For tourists, even ones who’d visited or even haled from Germany, the store seemed like the real deal, according to Carl “Red” Wyczawski.

“It is truly like taking a store out of famous German communities and putting it in New Ulm,” said Wyczawski, who for 61 years has lived a block from Domeiers German Store.

Riding his bike by the store, he’d see licence plates from states across the Midwest and beyond. For people looking to get a taste of Germany in New Ulm, Domeiers store was a destination.

During his quarter-century as mayor, Wyczawski recognized that Domeier was as interested in the success of the entire community as she was in her own. She became the first woman selected as president of the Chamber of Commerce and volunteered with the Brown County Historical Society and the German Bohemian Society.

As host of KNUJ radio’s “Music from Germany Hour,” Domeier would mix German stories and heritage with polka music and yodelers. Even that served a promotional purpose, the signal reaching as far south as Iowa and piquing the curiosity of people who would later make the drive to New Ulm.

Wyczawski – who appointed Domeier to the committee that established and enhanced a sister-city relationship with Ulm, Germany – said she could always be counted on as a social hostess, recalling events that were highlighted by schnapps and German cakes and candies.

“We’re going to miss her,” he said. “She’ll never be forgotten, but she’ll be missed.” 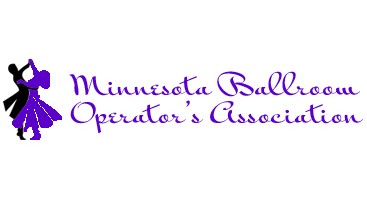 Check out the “Events” page 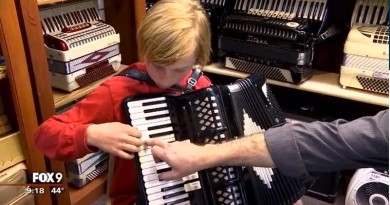